There is a mistaken belief that humans are so unique that research on animal models cannot apply to humans. Yet, science…" /> A Window into Bird Song | Discover Animals

A Window into Bird Song 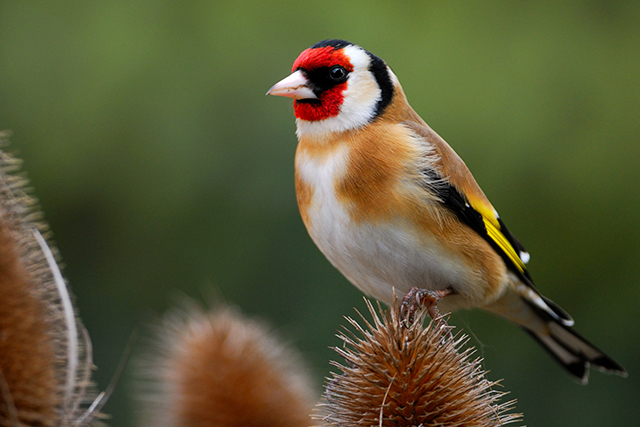 There is a mistaken belief that humans are so unique that research on animal models cannot apply to humans. Yet, science asks many questions that cannot be pursued with research on human subjects. These are called "forbidden experiments" and they ask many research questions with serious implications for human health that cannot be conducted on humans.

One broad area of research with many such questions involves the nature of human language, the differences between human and animal vocal communication and their evolution, and the brain mechanisms involved.

To evaluate the relative input of heredity and learning, William Thorpe investigated bird song behavior. Thorpe went into the forests of England and selected baby finches that had just hatched and had not yet heard their parents sing. He returned to his lab and raised the baby finches in sound-proof boxes, caring for the baby birds as if he was their parents. He used the new techniques for making sonograms, using equipment perfected by the British Navy in World War II, to record these songs of baby birds who had never heard their parents sing.

He discovered that their innate "inherited" song was very primitive and different from songs of adult finches. He then played the adult song to them at very distinct time periods as they grew up.

He discovered that the young birds go through a very distinct time period when they are sensitive to learning songs. Hearing the adult songs before or after this window did not give the baby birds the ability to sing as adults. We interpret this as meaning that the neurons that are involved in learning bird songs grow to a certain point in time when they then need to be stimulated and will then develop the adult song by mimicry. Otherwise, the young birds’ neurons do not develop further. The baby birds that hear the adult songs too early or too late are not able to develop the adults' song. Thus there is a "window" for learning this set mode of communication. [This work by William Thorpe is illustrated in “The Discovery of Animal Behaviour” Series by John Sparks, produced by the British Broadcasting Corporation and WNET in their NATURE Series (1982).]

But that is one of the many experiments that are forbidden for human subjects. To answer the question of whether there is a similar "window" for learning human language, it would be possible to set up a similar experiment with 20 infants and only allowing the infants to hear spoken language at narrow “windows" of time during their first years of development. But this is obviously a forbidden experiment because of the possibility, and indeed the likelihood, that if language learning is similar to bird song, some infants would grow up unable to speak their whole lifetime. Therefore this is and should be a forbidden human experiment.

Nevertheless, there are rare cases in history where a child is raised without any exposure to language in their infancy. These cases of children raised in the wild or isolated in abusive situations are discussed in the award-winning NOVA "Genie: Secret of the Wild Child” (1997), and also documented in the books Genie: A Scientific Tragedy by Russ Rymer (1994) and Genie: a Psycholinguistic Study of a Modern-Day ‘Wild Child’ by Susan Curtiss. All chronicle a most modern case of this forbidden experiment. But such uncontrolled cases are far too few to provide the statistical significance to draw solid scientific conclusions.

Therefore our understanding of the development of language in humans must be conducted without risking harm to human infants or adults. This can only be done to a limited extent in humans using modern techniques such as PET and MEG scans. It is no surprise therefore that the special October 4, 2019 issue of the journal Science that focuses on our current research into human communication begins with a synthesis of “...the surge in nonhuman animal studies that inform us about human spoken language.”  In “Evolution of Vocal Learning and Spoken Language,” (p. 50–54) Erich Jarvis explains how “...components of spoken language are continuous between species....”  The next three research updates describe non-invasive PET and magnetoencephalography (MEG) conducted on humans. But it is in “Inception of Memories That Guide Vocal Learning in the Songbird” (pages 83–89) that a team of researchers conduct invasive experiments in the zebra finch and make advancements in understanding what nerve circuits are involved, what interrupts song imitation, and how language memories are stored at downstream synapses.

Understanding language and communication at the neuroanatomy level requires invasive and large scale techniques that are forbidden with humans but possible with other animals. These results, in turn, provide important knowledge that will be applied to the benefit of both humans and other animals.