How Scientific Research Works in the Context of Breed Club Projects 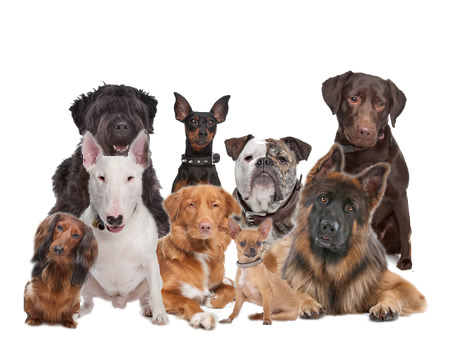 This article first appeared in the Spotter, the official publication of the Dalmatian Club of America and appears here by invitation as a reprint.  The Dalmatian Club of America Foundation (DCAF) has recently allocated funds for several research projects and this article was written to help members understand how the club and the AKC Canine Health Foundation work together to help dogs.  It also gives nonmembers a view of how AKC parent clubs fulfill their mission.

How Scientific Research Works in the Context of Breed Club Projects

I have been asked to write a document explaining how the research projects funded by DCAF are chosen and administered.  What can the membership expect from their donations?  Why does it seem to take so long, and why don’t we get the results we want (like a test for a particular disease, or a solution to a medical problem)?  These questions do not have a simple answer, though I will try to shed some light on the process.

All biomedical research follows the scientific method, where a question is first asked, background research leads to a hypothesis, and the hypothesis is tested by experimentation.  Data are then analyzed and results are communicated.  For medical problems, the data that are generated can be quite varied.

Let’s take an issue, such as the recent recognition of renal failure in some relatively young Dalmatians as an example.  The initial questions might be: “Is this a genetic disease?” “Is this a single disease?” “Is this an isolated incident or is there a problem in our breed?”  For a breeder, a major question might be “If an affected dog is in my lines, should I breed my dog?”

How do we find the answers to these questions?  Background research might lead to other breeds with similar issues.  Pedigree analysis might suggest a familial link.  A hypothesis begins to take shape.

To test this hypothesis, a number of dogs would need to have renal biopsies.  Data would be generated and analyzed. Notice that the data at this point does not address the question of heritability.  The information that is generated might take a researcher back to the “background research” part of the scientific method, and might generate another hypothesis that addresses the genetic basis for the disease.  Or not.  It is possible that the data generated might indicate that early renal disease in Dalmatians is not a single genetic disease, but represents a variety of conditions that are common among all dogs.

The difference between scientific inquiry and a project with a deadline is that science demands that questions are asked and conclusions are tested, re-evaluated, and retested.  If a medical or scientific question is treated as a project with a solution, a solution may be produced, but it won’t necessarily stand up to rigorous scrutiny. The kind of project that assumes an outcome and only collects the information that supports that outcome can produce a convincing case, but it isn’t scientific or biomedically ethical.

The Breed club and CHF

So what does this mean for DCAF and other groups charged with funding research projects?  How do non-scientists choose projects for funding?

DCAF has chosen to use the resources of the AKC Canine Health Foundation (CHF) to help choose projects for funding. The DCA health study groups do some of the initial background research and look for researchers who might have experience with similar problems in other breeds, or who are working on projects in the area of interest.  With those researchers, an introductory proposal is generated by the study group for consideration by DCAF for funding.  If DCAF thinks the proposal has merit, funding may be promised in the form of a Memorandum of Understanding (MOU), and the project sent to CHF for their assistance and consideration.

The CHF process generates a competitive Request for Proposals (RFP), which is sent out to scientific researchers.  This document asks researchers for a description of their proposed project and details about how the funds will be spent.  Experienced people in the CHF evaluate the proposals for merit.  Most breed club members lack the ability to effectively evaluate research proposals for adequate controls, lack of bias, and a host of other problems that can lead to the waste of precious funds.

Researchers typically work in an academic or industrial environment where the money for their work comes from a variety of sources, primarily grants administered by government or private entities, including the National Institutes of Health, National Science Foundation, United States Department of Agriculture, and a variety of groups (like the CHF) which offer smaller grants.  The scientists are busy with projects and they are not waiting for breed clubs to approach them with a project.  Usually a club will need to find a research group that is working on a similar project, and approach them to work with the club for their interests.

If a club and a researcher find common ground, and an idea for a project is proposed, evaluated by the CHF, and accepted as appropriate for funding, then the project can begin.  We are on our way to solving the problem, right?  Maybe. If the answer to the problem were known, then the research would be unnecessary. It is not uncommon to find issues along the way that lead in a different direction, or that don’t support the initial hypothesis.  One of the many reasons to work with the CHF is that updates are required as part of the process to keep researchers accountable.  Even if progress is slow, or things are not going as planned, the club will receive updates on the work.

Health research is important, and we are all enthusiastic about the prospect of new tests or treatments to reduce suffering in our dogs and help breeders make informed decisions.  In the DCA we have several hard-working study groups endeavoring to find and support research that will contribute to Dalmatian health.  As we have worked to cultivate these relationships and answer questions, we have come to realize that good research takes time.  We need to be patient, and that is really hard when you have dogs in your house or your lines that are sick or dying, and you want to do something that will contribute to progress in that area.

How Can I Help?

When funded research projects require specific samples from individual dogs, DCAF will get the word out and get specific instructions to club members about how they can help.  In the meantime, make sure your dogs have contributed to the CHIC DNA databank, and that an accurate health history is included with the sample. This DNA databank has the potential to be a powerful tool for projects now and in the future. If your dog’s health status changes any time after the DNA is collected, make sure you update the health history. Donate to DCAF. DCAF will be able to fund projects well into the future if we can accumulate a base that will generate income of its own in addition to the ongoing donations. Consider including a gift in your estate planning through DCAF’s Heritage Society. Contribute to CHF to advance health research in all breeds of dogs.

Dalmatian Club of America Foundation: http://www.dcaf.org
You can make a contribution and see what DCAF is doing for Dalmatian health on this page.  Check out the Heritage Society page to see if including DCAF in your estate planning is right for you.

The OFA CHIC DNA Repository page: http://www.ofa.org/chicdnabank.html
This page answers questions about the mission of the program, and provides links to forms and instructions for sample submission.

AKC Canine Health Foundation: http://www.akcchf.org
This site has a wealth of information about dog health and current research projects.

Kelly Flannigan - D.V.M. - Animal Veterinarian
Dr. Kelly Flannigan is a practicing small animal veterinarian who strives to provide accurate information about pet health to both her clients and the wider community of dog fanciers. An ardent advocate for purebred dogs, she serves on the Dalmatian Club of America’s Board of Directors and supervises the health clinics at their National Specialty shows. Dr. Flannigan trains…