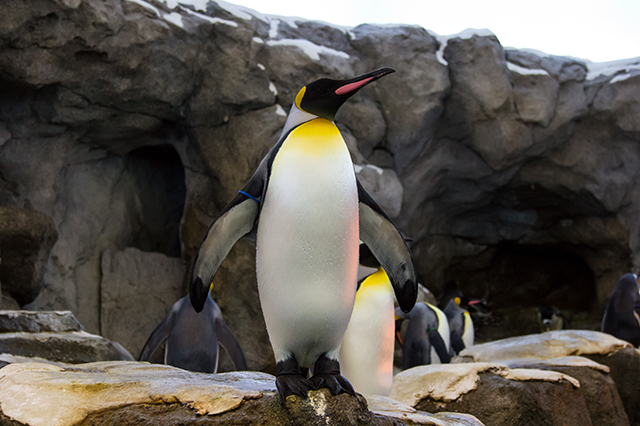 Here are ten things most people do not know about zoos, even though zoos are ubiquitous in US cities and more people attend zoos than all sports events combined:

1. The AZA (American Association of Zoos and Aquariums) accreditation is like the Good Housekeeping Seal of approval and the gold standard by which the quality of animal care and exhibition in zoos is measured. Annually the AZA recognizes outstanding zoo achievements in a variety of areas from exhibitions and conservation programs to education and emergency response. Getting one of these awards is like getting an Oscar. So, if you want the best experience, visit an accredited zoo or aquarium.

2. The great majority of animals on exhibit in accredited zoos have not been taken from the wild, they are zoo bred. Zoos have robust programs of exchanging animals either on breeding loans, or to facilitate appropriate social groupings.

3. Zookeepers in modern zoos are highly trained professionals. Gone are the days when all a zookeeper needed was a broom and fondness for animals. Many keepers today have master’s degrees in zoology or animal behavior.

4. Zoos do not want your pet when you get tired of it, or unable to take care of it. It doesn’t matter how beautiful or rare you think it is. With limited resources and space, zoos need to focus on species of high priority. If you aren’t certain that you or your child can take care of any animal for its lifetime, it’s better not to get it.

5. Most not-for-profit zoos in addition to their CEO are governed by Boards of Trustees. In most cases zoo trustees are wealthy and powerful members of their communities who are animal lovers. They provide significant funding for zoos either directly, or through their connections.

6. Many zoos offer college accredited courses for teachers and other audiences. Check if your local zoo offers such an exciting educational experience.

7. Many of the major zoos never close, not even on Christmas, New Year’s or Thanksgiving. Why? Because keepers and other staff have to be there every day to feed and take care of the living creatures. The Bronx Zoo in New York and San Diego Zoo are two examples. Check out your local zoo.

8. Some zoos provide housing for certain staff on the zoo grounds. This is especially true for staff members whose presence on site could make a difference in an emergency.

9. Some zoos offer a special public service such as providing medical staff with antivenin, an antidote for snake bites that may take place outside the zoo. Such a service has saved lives.

10. The mission of zoos extends far beyond their physical facilities. Collectively, the 229 accredited zoos contribute $160 million dollars each year to conservation efforts in 100 countries around the globe.

Annette Libeskind Berkovits worked for three decades at the Wildlife Conservation Society, based at New York’s Bronx Zoo, and is author of Confessions of an Accidental Zoo Curator.