Home > Articles > The Kentucky Derby: More Than a Horse Race

The Kentucky Derby: More Than a Horse Race 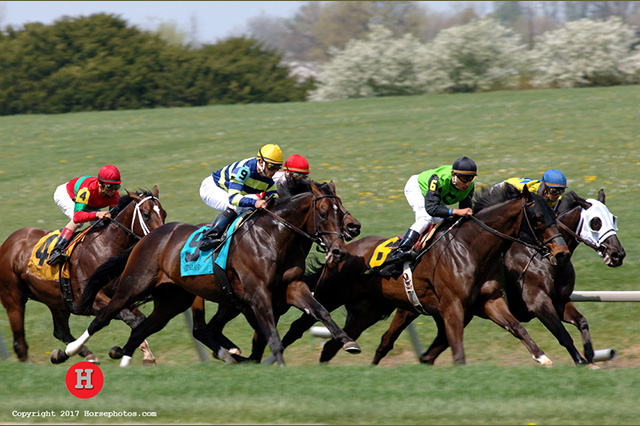 The gates open, and the horses burst onto the track. Skilled jockeys battle for position in the pack, each one seeking to give his mount the best chance of surging to the front in the home stretch. The infield is packed with thousands of race fans, decked in sartorial splendor with stunning hats and splendid dresses and suits. The track is fast; the crowd is ecstatic as first one jockey guides his horse to the lead, then another comes along the outside to challenge and still another takes the rail and powers through.

It’s the Run for the Roses, the fastest two minutes in American sports, and the culmination of Derby Week.

The first race of the challenging Triple Crown for three-year-old Thoroughbreds, the Kentucky Derby is probably the best known horse race in the world.

But it’s even more to Kentuckians and horsemen; it’s a cultural event as well – a parade of colorful fashions, a salute to the mint julep and Kentucky burgoo, a stirring rendition of “My Old Kentucky Home” sung by thousands of race goers, a celebration for Kentucky’s horse breeding industry, an opportunity to watch some great equine athletes and their able jockeys, and the tip of the iceberg for horse racing in the US.

The derby tests the speed and stamina of the colts and fillies that run, the expertise of the trainers who bring them to the peak of performance, the dedication of stable workers and grooms who provide daily care, and the strategic ability of the jockeys who guide them expertly around the mile-and-a-quarter (10 furlongs in race parlance) course.

The Kentucky Derby was the brainchild of Colonel Meriwether Lewis Clark, a Kentucky native whose visit to England for the 1872 Epsom Derby inspired creation of a spectacular celebration of Thoroughbred breeding and racing for his home state. Clark raised money, leased property from his uncles John and Henry Churchill, and established three stakes races modeled on the Epsom event: the Derby, the Kentucky Oaks for fillies, and the Clark Handicap. Churchill Downs opened on May 17, 1875, and the Kentucky Derby has run every year since. The Kentucky Oaks is part of Derby week; the Clark Handicap is part of the Churchill Downs fall meet.

Always contested on the first Saturday in May, the Derby is followed by the Preakness Stakes in Maryland in mid-May and the Belmont Stakes in New York in early June. Trainers who prepare horses for these races, the jockeys who ride in them, and sometimes the horses themselves reach celebrity status. People who pay little or no attention to horse racing during the remainder of a year are often familiar with the horses, jockeys, trainers, and owners of horses entered in Triple Crown races. The reward for this heightened interest came in 2015 when American Pharoah’s (yes, the horse’s registered name is spelled “wrong”) three breathtaking runs gave him the Crown after a 37-year drought.

The magnificent Thoroughbred is the star attraction at the Derby, the Oaks, and the myriad other races on tracks worldwide. Descended from three original sires imported from the Mediterranean Middle East to England and bred to royal mares to increase the size and speed of their offspring, this horse has won the hearts of millions for its noble stature and innate desire to run. The American romance with the breed began in 1730 with the Virginia arrival of Bulle Rock, a son of one of the original sires, followed by more than 180 additional Thoroughbreds that formed the foundation of the breed in this country.

Standing about 16 hands (64 inches) at the shoulder, the Thoroughbred is considerably taller than its Mediterranean-sourced progenitors. Slender and well-muscled with powerful hindquarters, it weighs about 1000 pounds, a weight it carries on slender legs at speeds exceeding 35 miles per hour. It is a graceful creature with a slender neck, a chiseled head with wide-set intelligent eyes and an abundance of courage and determination.

The value of a Thoroughbred horse lies in its triumphs on the track followed by the successes of its offspring. Buyers look for bloodlines as well as conformation when attending yearling sales just as breeders do when planning to match a stallion with a suitable mare. It’s tough to predict which colts or fillies will develop into winners, but knowledge of parentage going back generations is critical to decision-making. The chief resource for breeders and trainers is the Jockey Club, keeper of the Thoroughbred stud book since 1894. The Jockey Club provides generations of bloodline information by registering foals born each year and ensures the integrity and reputation of the horse racing industry. The first Jockey Club stud book registered 3000 foals; the foal crop peaked in 1986 with more than 51 thousand foal registrations and then declined steadily to about 21 thousand in 2014.

As with other animal-related sports and businesses, those who love the horses they work with are their champions and guardians. Everyone from stable workers and exercise riders to trainers and jockeys has an inborn desire to work with and protect these horses that goes beyond the need to earn a paycheck. These dedicated workers also fuel the business of horse racing that employs not only those who work directly with the horses, but also those in supporting roles – the saddle makers, feed suppliers, track crews, caterers, groundsmen, and others who serve the horses, the tracks and the public that that attends the races. Taken together, the industry contributes $25 billion to the country’s economy and generates more than 350,000 jobs.

The Jockey Club also sets the standards for Thoroughbred horse racing, organizes or participates in initiatives to maintain the integrity of the sport and provide for horse and rider safety, and promotes care for horses that have retired from racing.  The Grayson-Jockey Club Research Foundation funds research and conducts an annual summit on horse health issues ranging from diseases and structure to safe surfaces and injuries. Along with the Jockey Club and affiliated programs, the industry offers benefits for breeders, owners, and prospective owners through the programs, clinics, and seminars of the Thoroughbred Owners and Breeders Association.

What happens to horses after a racing or breeding career is over? No one is more concerned about the health and welfare of Thoroughbred horses than the owners, trainers, and caretakers. They work through the Jockey Club, the Thoroughbred Owners and Breeders Association, the Thoroughbred Aftercare Alliance, the Thoroughbred Incentive Program, and other organizations to find new homes and new careers for horses that retire from racing or don’t make it on the track.