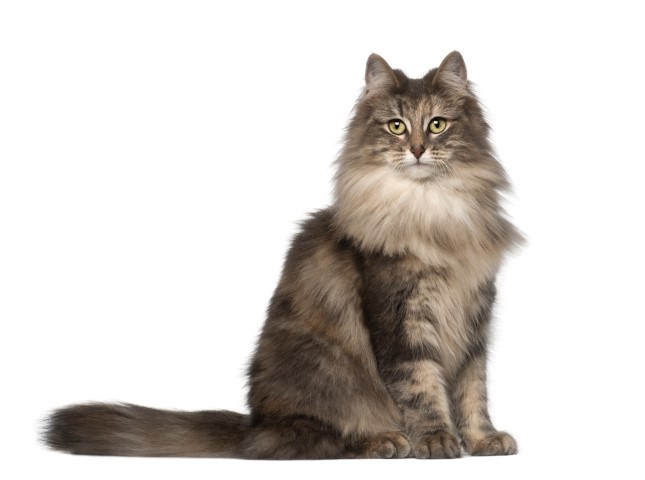 This northern European native is a large cat with a thick double coat suitable for the inclement Norwegian environment in which it came to be. Its ancestors were most likely mousers on Viking ships who eventually took to the forest and later came to be valued on farms as vermin control. The first efforts to preserve the breed began in the late 1930s in Oslo and the Norwegian Forest Cat was not known outside Norway until the 1970s. This breed is now very popular in Norway and Sweden and is becoming more well-known elsewhere in Europe, no doubt due to their eye-catching physical features and friendly but self-possessed personality. The equilateral triangle shape of their head is set off by their obliquely-set almond shaped eyes and they are larger than the average domestic breed cat. Almost all coat colors are accepted.