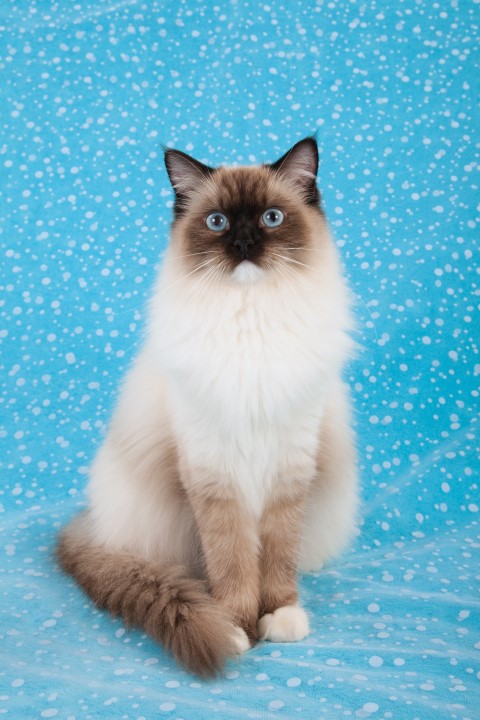 Ragdolls are a large, semi-longhaired breed developed by a breeder in Riverside, California in the 1960s. The founding members of the breed were free-roaming cats that were bred selectively for their desirable personality and appearance traits. Their striking blue eyes and docile, affectionate demeanors endear them to many - they are even reputed to bond more closely with their humans than some other breeds of cats. Their coats consist mainly of long, soft guard hairs and their undercoat is reduced, resulting in less shedding and matting. Ragdoll coats come in four color patterns: bi-color, van, mitted, and colorpoint, which can consist of a variety of colors specified in the breed standard. They do best as indoor cats as long as they are supplied with appropriate outlets for their natural behaviors such as scratching and hunting.