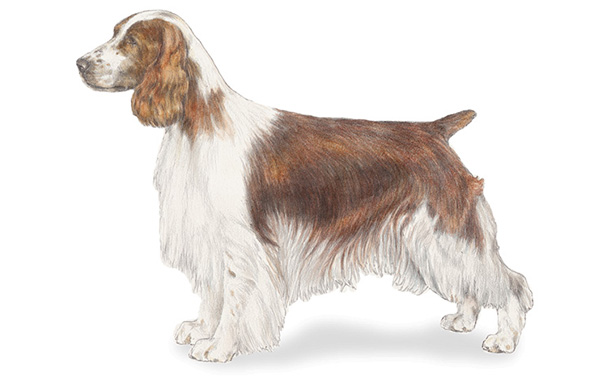 A member of the fun and friendly Spaniel group, this breed makes both a great hunting partner and a playful family pet.  The Welsh Springer Spaniel’s ancestors were commonly used for flushing game during the Renaissance, as evidenced by their frequent portrayal in paintings of the era. They were popular amongst the nobility in the 1700’s but eventually lost their place the English Springer Spaniel. Fortunately for admirer today the breed was kept alive by a few devotees. Lively and affectionate, this breed longs to be in the company of its owners, whether taking long hikes or taking it easy on the porch. Its coat requires at least weekly brushing to keep it shiny and tangle free.